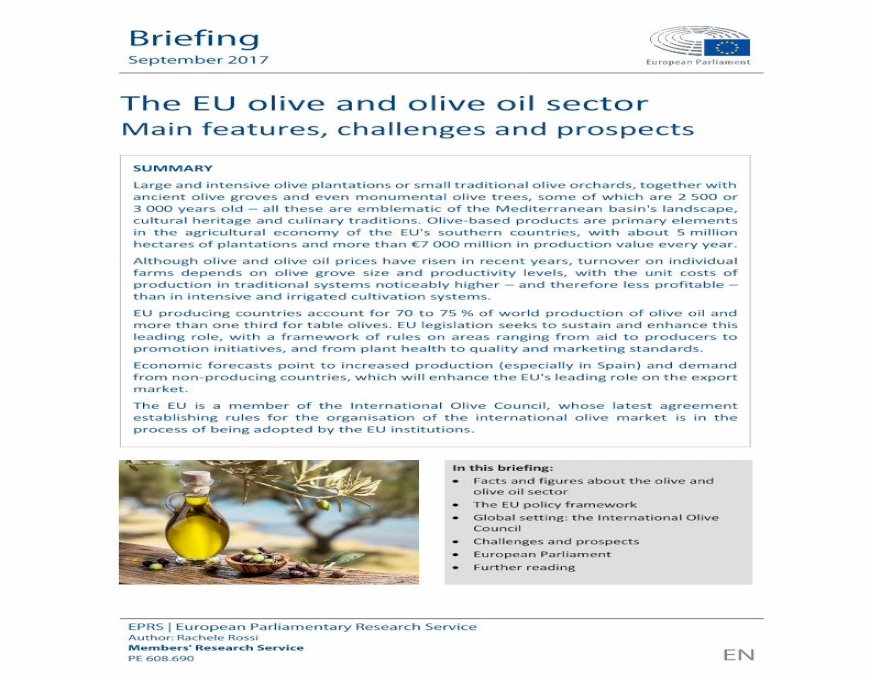 Briefing The EU olive and olive oil sector ... Malta to more than €200 in Greece in 2016. Olive oil prices have also increased and vary a lot depending on the oil category, with

EU: Olive Oil and Its Fractions – Market Report. Analysis and Forecast to 2020

Market Study and Marketing Strategy of Olive Sector in Irbid · PDF file Olive Oil Production ... The olive industry is considered the most important agri-business activity in the

EU-Ukrainian Relations Regarding the Energy Sector

Olive Oil in the World Market - · PDF file olive oil and table olives sector. The existence of the wild olive tree is lost in prehistoric times. Excavations in the Aegean Sea have

THE GUIDE OF THE BEST ORGANIC EXTRA VIRGIN OLIVE The Biol Prize, dedicated to organic extra-virgin olive oils, is a global reference point for the whole of the olive oil sector. Started