Home >Documents >Changes in American Life Cities Grow and Change. 1. How did the Industrial Revolution change where...

Changes in American Life Cities Grow and Change. 1. How did the Industrial Revolution change where...

2. Why did urban population increase in the late 1800s?

The urban population increased in the late 1800s because the number of factory jobs increased. People moved to the city from the rural areas.

4. Why did modern cities depend on skyscrapers?

Modern cities depended on skyscrapers to increase the space for people to live and work.

5. Why might people living in the suburbs want to become part of the city?

People living in the suburbs might want to become part of the city because they could be served by the citys transportation system.

6. What were some of the causes of housing problems in tenements in the late 19th century? (Make a list)

7. What is an urban reformer?

An urban reformer was a person who fought to reform, or create changes, that would solve urban problems like poverty and slums.

8. How did the social gospel try to help the poor?

Social gospel tried to help the poor by trying make changes in their workplace. They tried to abolish child labor.

9. What was the role of settlement houses in the cities?

The role of a settlement house was set up to offer services such as daycare, education, and health care to needy people in the slum neighborhoods.

Hull House, Chicago10. What did David Levitt do to help his community?

David Levitt helped start a program that feed needy people in his community.

11. How did political machines affect city life in the late 19th century? (make a list of good and bad things) 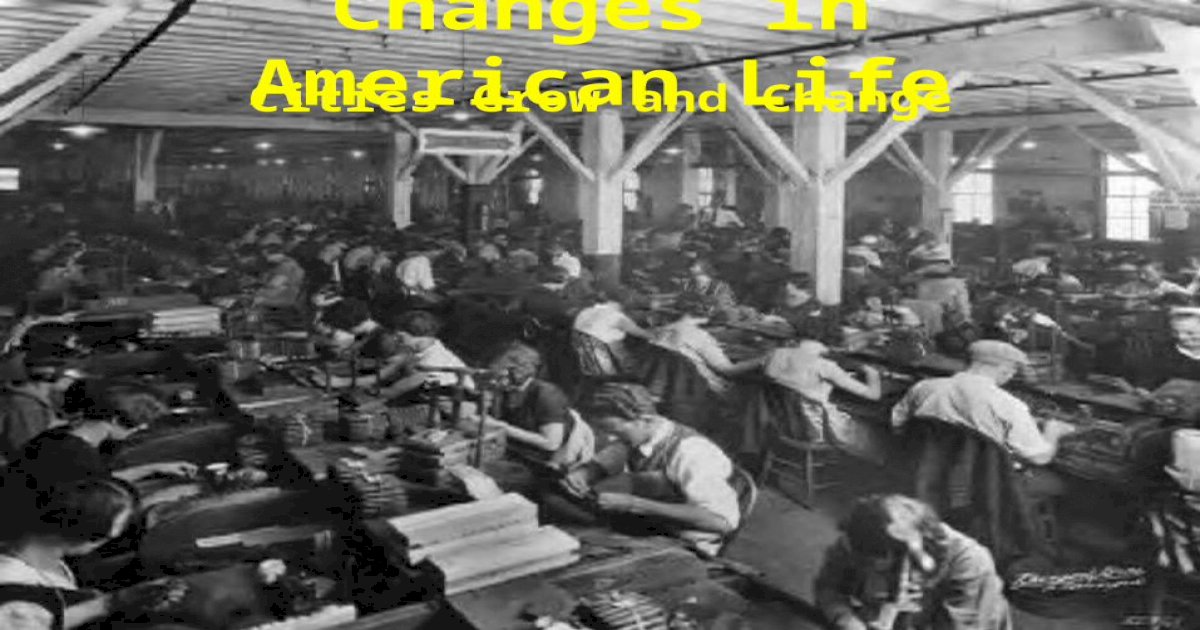 Climate Change from the Industrial Revolution to the