DownloadReport this document
Share this document with a friend
Description:
A sermon on John 21:15-25 preached at the Palm Desert Church of Christ (California) by Dale Wells on December 21, 2008.
Transcript:

9. The Problem of Resentment Davids Last Words He carried a grudge to the grave 10. David's lowest moment: Absaloms revolution against him

13. ResentmentDwells on Wrongs 14. This story introduces the problem of resentment

15. Most of us have had our Shimeis

16. ResentmentDestroys Relationships 17. We may be so bitter over our Shimei

18. ResentmentDestroys Your Personality 19. Holding on to anger is like holding a hot coal in our hands

21. The Prototype of Forgiveness Jesus and Peter He gave a failure a chance 22. John 21 Postscript to the Gospel

26. The Prescription for Healing 27. Best prescription is prevention Dont let yourself become resentful

28. We Must Decide to Forgive 29. Forgive whether you feel like it or not

30. Forgiveness not a matter of feeling, but of obedience

31. We Must Take the First Step 32. Jesus initiated the conversation with Peter

33. We Must Release the Offender 34. Let God judge them, if he chooses

36. Ruth Graham: Not her job to change Billy

39. If Jesus could forgive Peter, he can forgive you 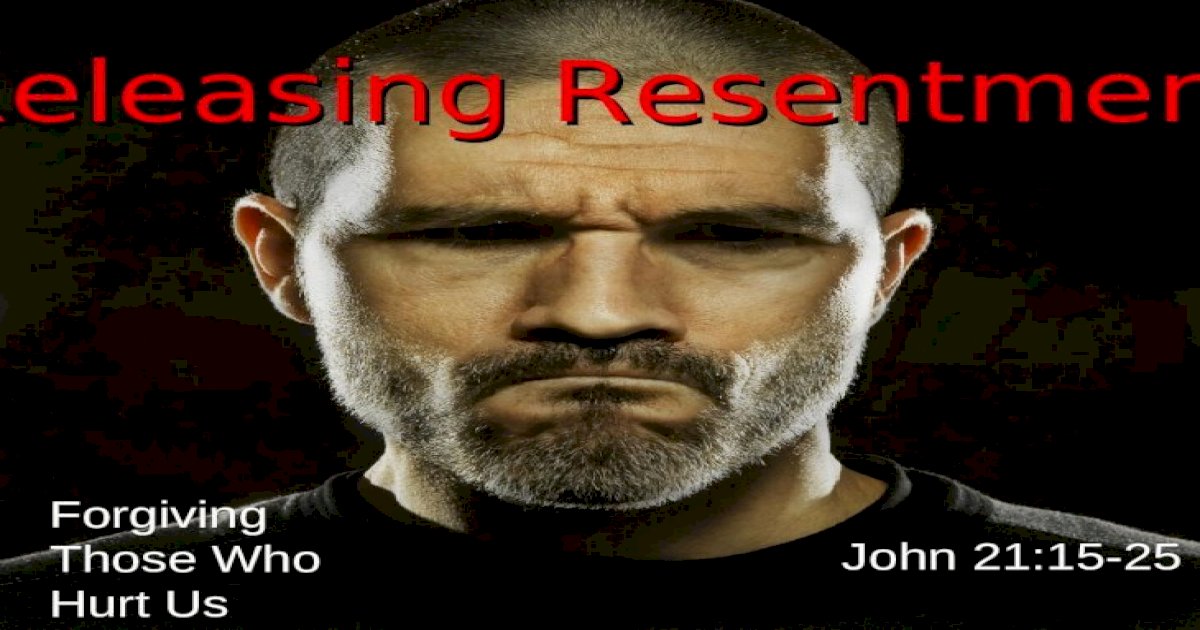 How to Deal with Anger, Frustration and Resentment

From Resentment to Forgiveness